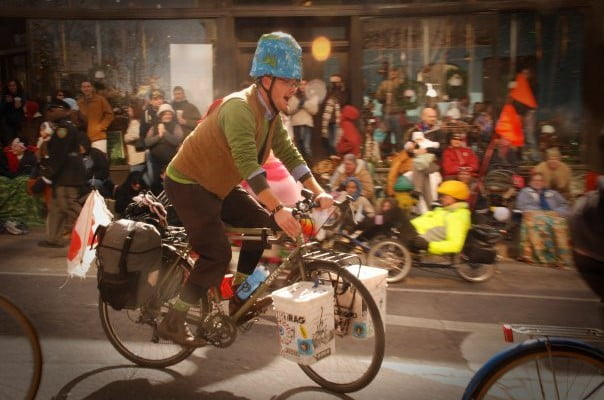 Asheville on Bikes is getting ready to take the city’s annual Holiday Parade by storm, and you can join us. It’s happening this Saturday, November 19th. Our theme this year is “Rock Through the Ages, Roll Through the Streets, which means we’ll all dress up as an iconic musician, as we ride the streets of the parade route. The parade is actually the first event AoB participated in, and we won an award for best float, so the stakes are high. If that’s not enough, there will be llamas, dancing, prancing, and Santa! Santa! Santa!

Meet us at 10:30am on South Charlotte Street (just east of Biltmore, below the Co-Op and Barleys). AoB is float #14. At 11:00 Am we’ll set off with the whole parade on a short route through downtown. Right after the parade, come to Pack Park to visit with Santa, meet his reindeer, and enjoy some special holiday fun!