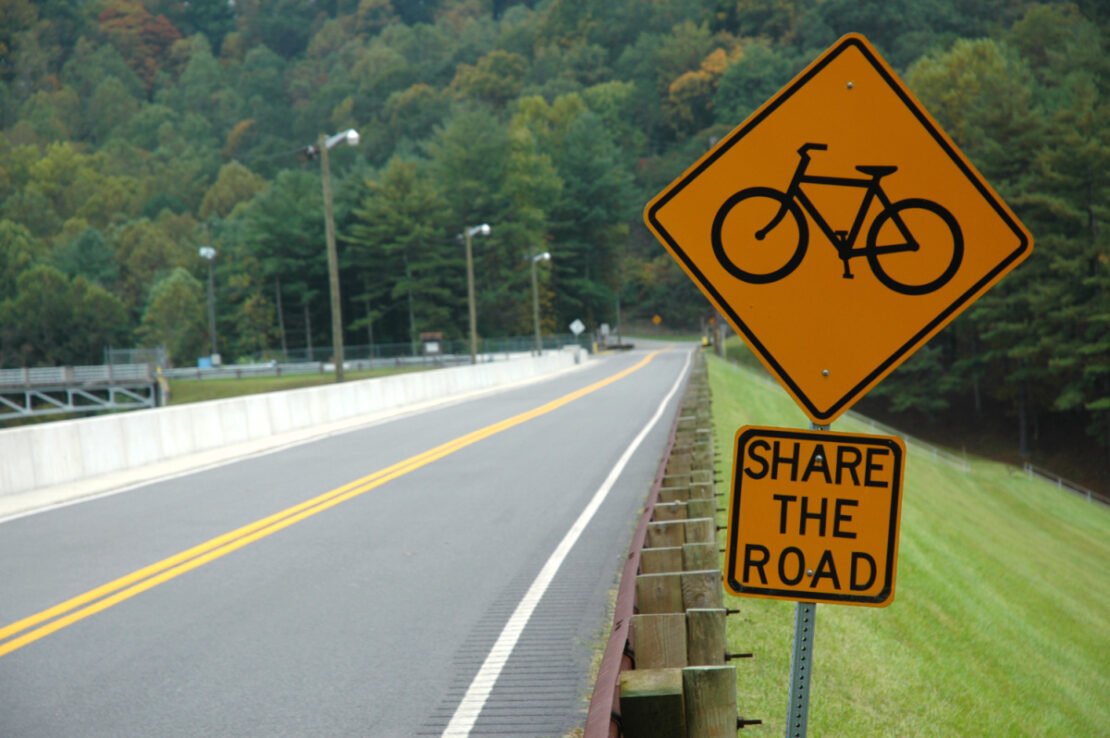 Content warning: This blog post describes and contains images of aggressive and/or violent interactions between motorists and cyclists.

A number of instances of cyclist harassment have been reported to Asheville on Bikes and law enforcement this summer, most notably Buncombe County resident Bill Miller’s hit and run experience. Due to this rise in cyclist harassment and the growing aggression surrounding these events, it’s more important than ever for Asheville cyclists to stay safe and vigilant while biking our city’s roads.

Harassment is defined as “aggressive pressure or intimidation.”

Cyclist harassment by the numbers

In 2014, North Carolina was ranked one of the top 10 most dangerous states for cyclists. And though Asheville has gained a reputation as a cycling mecca, harassment of cyclists has been increasing in Asheville and Buncombe County over the past decade. Consider the following events:

North Carolina has been ranked one of the top 10 most dangerous states for cyclists.

You may remember in 2018 when an Asheville cyclist was forced off the road by a motorist who was trying to pass her in oncoming traffic. The driver, who was charged with a misdemeanor, verbally threatened the cyclist through the window of his pickup truck as he forced her into the grass.

You may also recall the Asheville cyclist who was punched in the face at the intersection of Sand Hill Road and Sardis Road back in 2017. Thankfully, the incident was caught on camera by another driver, although the assailant was merely charged with simple assault.

Then there was the 2009 incident where a former Asheville firefighter shot and nearly killed an Asheville cyclist because he thought the child bike seat his son was riding in was unsafe. The assailant got away with serving just 4 months in prison and paying $1,200 in medical expenses.

Most recently, we were informed of a few other incidences of harassment towards cyclists, including the following story:

Just after 11 am on July 31, 2021, AoB’s Executive Assistant, Abby Walker, and her husband Austin were riding single file up a long stretch of hill on Turkey Creek Road, when a man driving a Honda CR-V began screaming at the group out of his car window. The man and his young child proceeded to follow Abby and Austin, berating them with obscenities as they climbed.

The driver cursed at Abby and Austin, and prevented them from escaping by refusing to move his vehicle from the road.

When the pair eventually found a driveway to pull into, the driver got out of his car and proceeded to tell Abby and Austin that they were “creating a dangerous situation” and being “disrespectful” because they were cycling. The man told them that biking was not considered “transportation” but rather “a hobby.” When another vehicle stopped to make sure the cyclists were okay, the man told her she should mind her own business and leave them alone. He continued cursing at Abby and Austin and prevented them from escaping by refusing to move his vehicle from the road.

It is clear that aggression and violence towards cyclists is a serious problem in the Asheville area, and dangerous motorists aren’t always prosecuted to the full extent of the law. Migration to Buncombe County, coupled with urban expansion into previously rural areas, has created a growing tension between motorists and cyclists.

What to do if you’re harassed

The unfortunate truth is that if you ride a bike in the Asheville area, you may experience harassment. While you may not be able to avoid confrontation with motorists, there are a few actions you can take if you are harassed:

Take these steps to stay safe on the road

Practicing proper bike safety, like fitting your bike with lights and riding responsibly, can help prevent and mitigate some (but not all) dangerous motorist-cyclist interactions. To ensure your safety during every ride, make sure you:

Asheville on Bikes is dedicated to increasing bike safety

Asheville on Bikes has been advocating for safe biking conditions and bike infrastructure for over 15 years. Learn more about our mission and how to get involved on our website. As always, stay safe and enjoy the ride!