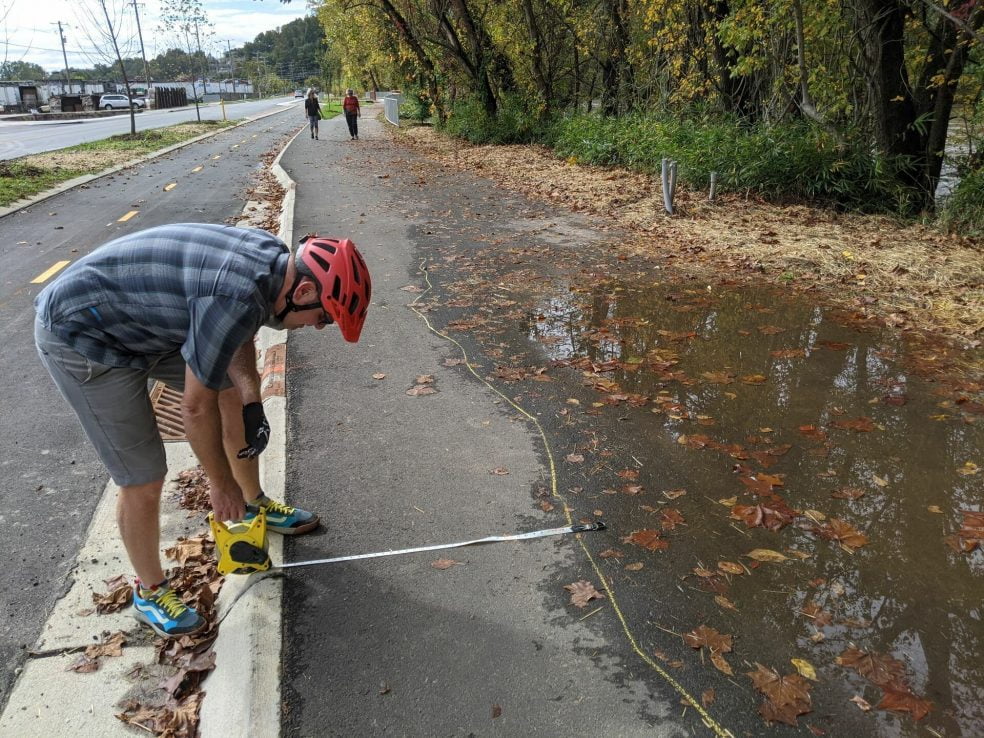 In early October several Asheville on Bikes members alerted us (thank you) to standing water that was not draining properly from the protected bike lane and greenway in the RADTIP project, which is still under construction. We went out to investigate after 24 dry hours, following the heavy rain of Oct 10th – 11th. Here is what we found, in a short video.

There are drainage problems that need to be fixed:

We circled each puddle in chalk and the chalk remained visible during the week of Oct 12th. We also mapped each area of standing water using Ride with GPS. That map is here.

We wrote to City staff to explain what we found and ask that the contractor be required to fix these issues before the project closes out. You can read our letter here. Staff responded, in part:

The standing water has been identified by the contractor and paving subcontractor and they have plans in the works to address these issues.

The final inspection and closeout process for this project is going to be lengthy and very detailed.  Once the contractor completes their work (which they have not), there will be an in-depth inspection process conducted by the engineering team, independent inspectors and owner’s representatives.

If you would like to create an archive of drainage problems and report them to the City, you can do so by using the Asheville App on your cell phone – just download the app, then use it to take a photo and upload it so the City can build the list of examples to show the contractor.

Standing water is significant safety concern in Asheville where our weather includes: 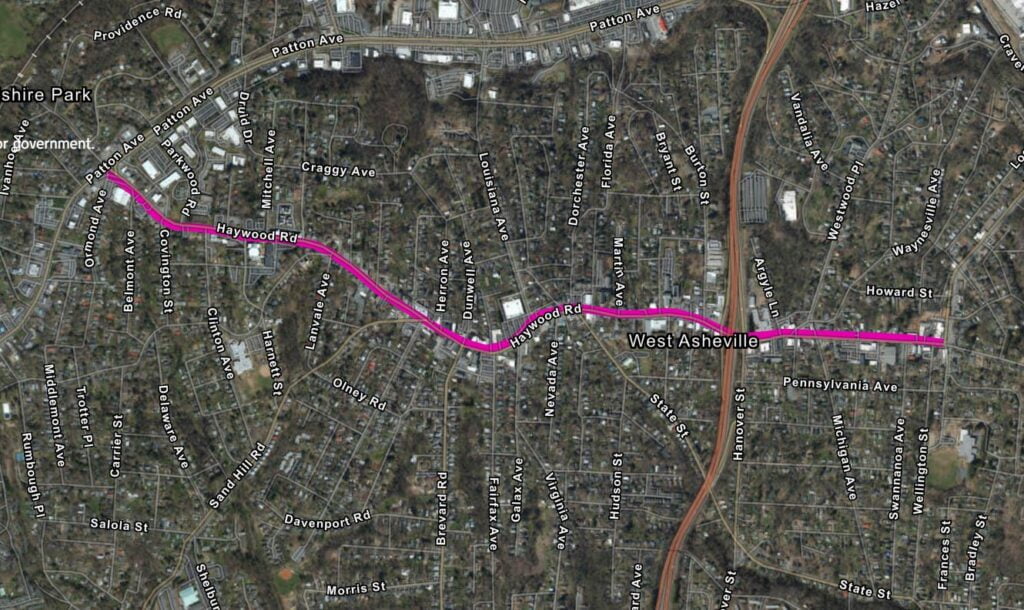