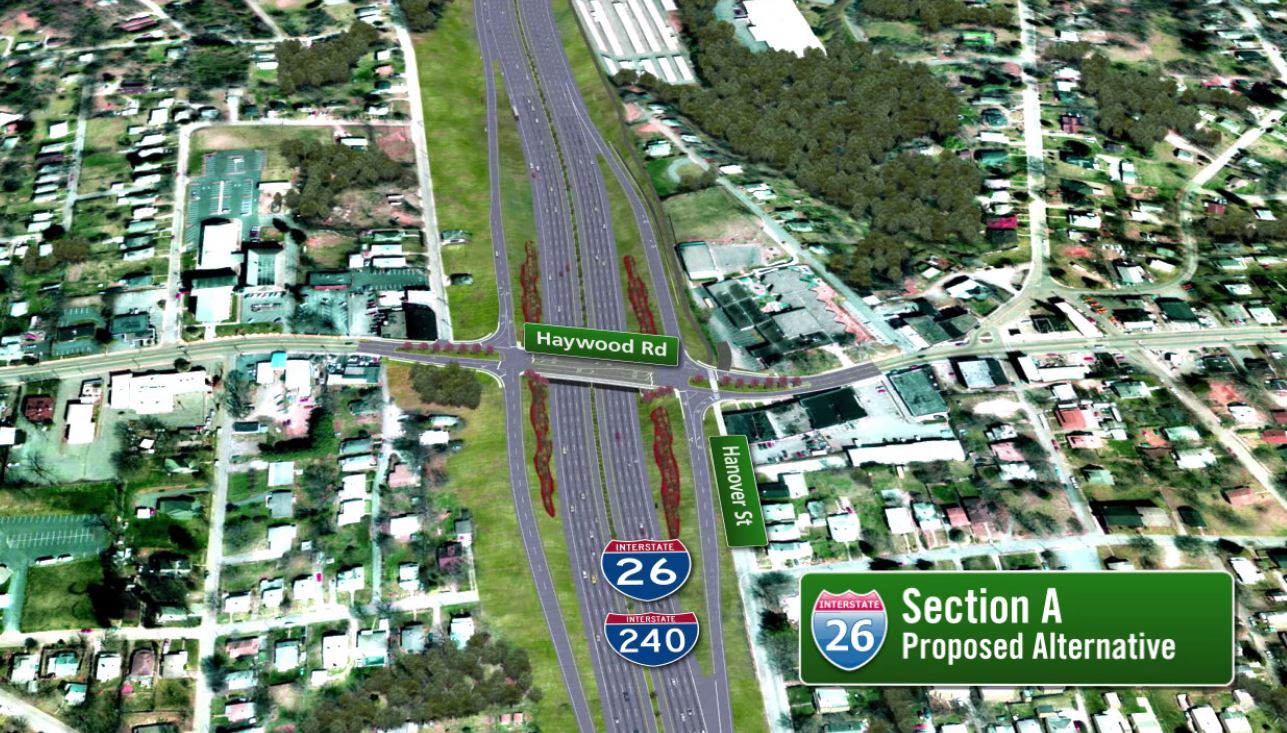 What you can do: Please contact Mayor Esther Manheimer and city council members and let them know you support the City’s decision to oppose cascading funds for section A of the I-26 widening project.

What is cascading? Cascading is a funding mechanism that enables a transportation project to move forward by shifting the funding source from a statewide pot of money to another more local, or regional, pot of money. A vote must be held by the regional planning authority, here the French Broad River Metropolitan Planning Organization (FBRMPO), for a state level project to be cascaded down, in part because that project will then compete with other planned work set forth by the MPO.

What is the backstory?
Asheville City Council is currently opposed to cascading funding for section A because designs for the remaining sections are still being negotiated between NCDOT and City of Asheville. The City of Asheville continues to support robust bike / ped facilities and a reduction in travel lanes along Patton Ave while the NCDOT remains uncommitted to these outcomes. A critical immediate step in advancing active transportation is for the city to vote no on the cascading option.

Why else is the City opposed to cascading this project? If the FBRMPO were to cascade the funding for this project, it means the project will compete for funding priority at the regional level. Given the costs associated with Section A of the I-26 connector, it is likely to have negative consequence for many other good but smaller projects already planned in the Western North Carolina region.

Lastly, the entire I-26 connector project is a $600-$800 million project that is justified because it has statewide benefits; it is split into sections arbitrarily as part of the normal planning process for a large project. Are we now to burden local regional governments because one of the arbitrary sections in the overall project scored poorly in a state traffic formula*, when, if it were sectioned differently, the project would have easily scored highly as an appropriate use of state funds?

Please contact Mayor Esther Manheimer and city council members and let them know you support the City’s decision to oppose cascading funds for section A of the I-26 widening project.

Need a refresher about the I-26 project? Watch the NCDOT visualization that covers the entire project area in all its sections. Only section A is potentially affected by this vote.

People who you should email in support of the City’s position, which is to oppose the cascading of Section A of the I-26 project:

When you send an email, please cc: info@ashevilleonbikes.com

*In order to qualify for 100% state level funding, a project must provide a strong statewide benefit using a specific state formula that measures, among other things, congestion. By splitting the project into arbitrary sections and then applying the formula to each section, we are being told that Section A, by itself, is not congested enough right now to be a good use of state funds and thus (if cascaded) it should jockey for priority within the region. Among the problems with that logic: NCDOT has, for over a decade, defended the need for an 8 lane interstate along this section because of congestion and capacity needs. Which is it? 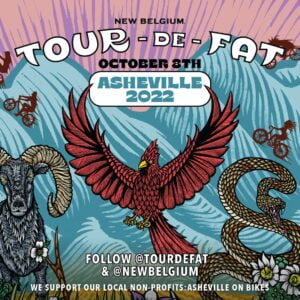