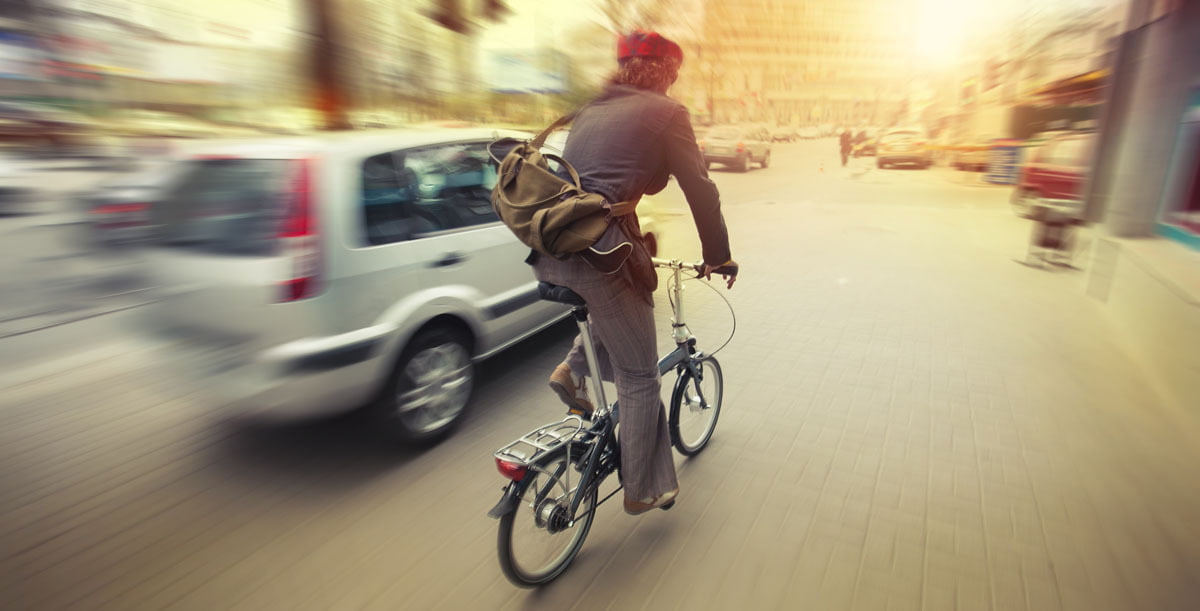 Whether you think they’re incredibly cool or kind of creepy, self-driving cars are imminent on the transportation horizon. Driverless vehicles have gotten pretty good at predicting movements of other motorists to avoid collisions, but the situation with bicycles is different: we don’t always have a designated lane of travel, we’re forced to cross lanes of traffic that cars are not, and bikes accelerate, slow and stop at different rates. Can we trust self-driving cars to behave safely around bicycles?

For answers, check out this story from NPR’s All Tech Considered. Reporter Margaret Krauss talked to industry experts about the unique challenges bicycles pose—and face—when it comes to sharing the road with self-driving cars. What she found was encouraging:

One point in the article that does give us hope: a paradigm shift towards driverless cars could actually make streets safer than ever for cyclists by reducing driver error, road rage, and ignorance of the law.

For instance, Waymo’s self-driving cars are programmed to pass cyclists in accordance with state laws—that’s 4 feet of clearance in North Carolina. If the car cannot safely pass with the minimum amount of clearance, it’s programmed wait until it is safe to pass legally—something every human driver should already be doing, yet too few are even aware of the law.

Additionally, cyclists in Pittsburgh, where Uber is testing a fleet of self-driving Volvos, said they felt safer when riding around these vehicles than they did riding alongside human drivers.

An important caution: Car companies may have to be forced to make their cars accommodate cyclists.

Biking may be one of the most difficult use cases for the software and sensors in a self-driving car. We are the quietest, most efficient, lightest, most maneuverable user of the road. As much as we love to see new technology improving transport, we don’t want car companies to cut corners as they work to build a safer autonomous car. And building that car means taking the time to get bike detection and response figured out.

In December of 2016 Uber rolled out a test of autonomous cars in San Francisco – and ultimately was forced to halt the test, after it was proven that the cars could not safely turn right across a bike lane, and that Uber launched the test aware of this shortcoming.

Here’s more detail on why Uber’s test was inappropriate.

Contrary to the enthusiasm of the engineer in the NPR article, we think the solution for self-driving cars should not be based on requiring cyclists to add things to their bikes. Instead, the solution is to improve the self-driving car technology until it can work reasonably safely with all road users. What might this entail? The National Association of City Transportation Officials (NACTO) issued a comprehensive policy statement that not only outlines how self-driving technology should be shaped to ensure our roads are safe for all users, but also how we will need to rethink city streets and highways to safely accommodate self-driving vehicles along with bicycles and pedestrians. Read NACTO’s statement here, or get to know NACTO’s role in shaping Asheville’s transportation future.

Let’s not wait for self-driving cars to make Asheville safer for bikes.

We’re encouraged that companies are prioritizing bicycle safety in plans for the future of self-driving cars. In the meantime, it’s up to us as a community to educate and persuade drivers, law enforcement, and city planners to make our streets safer to ride. One of the most effective (and easiest) steps you can take right now? Become an Asheville on Bikes member, business sponsor, or volunteer.

You’ll not only be joining a group of bike-minded people who do really fun things year-round, but each additional name on our roster tells city, state, and county transportation officials to pay attention to bicyclists and pedestrians. See the difference we’ve made, or join now. Thanks for your support!