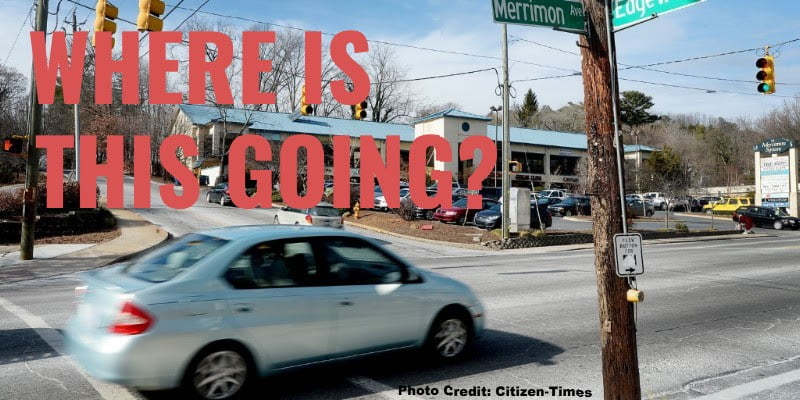 The recent Merrimon Avenue widening project is a big deal and your attention and action is needed. Now. Asheville on Bikes opposes construction of this project as it has been proposed.

You can advance safe cycling and complete streets in Asheville by providing public comment to the North Carolina Department of Transportation (NCDOT) regarding the “Merrimon Ave Intersection Improvements at Edgewood through WT Weaver Boulevard.” A map of the proposed changes can be viewed here.

Email and/or mail your public comment by January 29th to:

If you email, please cc Asheville on Bikes at ashevilleonbikes@gmail.com as we’d like to have a copy of your comment on file.

Our summary of the impact of the NCDOT proposal:

YOU are what stands between this proposal being built and something else, something better, for our city.

YOU must submit a unique letter to NCDOT by January 29th or alternate proposals will not be considered:

Read our other posts about this project