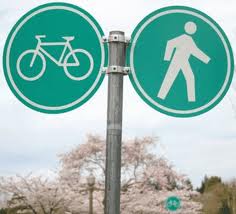 The North Carolina Department of Transportation held a public comment session in April regarding proposed changes to the I-26 / 191 (Brevard Road) interchange. Major concerns remain after that meeting. NCDOT will accept comments via email until this Wednesday, May 8. NCDOT’s plan is in clear violation of its own policies and ignores both the Buncombe County Greenways Master Plan and the City of Asheville Bike Plan. Asheville on Bikes urgently invites you to tell NCDOT that these guidelines matter and that all people deserve safe transportation options.

Show your support for cyclists and pedestrians in Buncombe County! Cut and paste the following and send it to Anthony Tata, Secretary of Transportation (ajtata@ncdot.gov), Michael Wray, NCDOT Project Development and Environmental Analysis Unit (mgwray@ncdot.gov), and AoB (ashevilleonbikes@gmail.com) before this Wednesday, May 8.

NCDOT’s proposed changes to the I-26 / Brevard Road (191) interchange in Buncombe County stand in clear violation of NCDOT’s own Complete Streets Guidelines and Healthy Transportation Policy, and disregard both the NCDOT/MPO-funded Buncombe County Greenways and Trails Master Plan and the NCDOT-funded City of Asheville Bicycle Plan. I urge you to bring this project into compliance with these guidelines, for the benefit of all road users.

This project currently does not accommodate people of all ages and abilities, including people too young to drive, people who cannot drive, and people who choose not to drive–all groups expressly mentioned in NCDOT’s Complete Streets Guidelines. The pedestrian and bicycle facilities included on this project are minimal or inconsistent in how they were presented at the recent public comment session, and NCDOT’s handouts failed to mention any mode of transportation beyond the vehicular. In failing to accommodate access for all users, the design elements shown at the workshop do not comply with the “Purpose of the Project” statement, which acknowledges that “NC 191 (Brevard Road) connects residential, workplace, shopping, recreational, and visitor destinations in South Asheville.” With Asheville’s designation as a Bicycle Friendly Community, the enormous economic benefit of bicycle infrastructure, and multimodal transportation on the rise nationwide, surely NCDOT doesn’t believe that these connections occur only by car and truck?

When our own citizens are left out of project considerations, and when state and local guidelines are cast aside, we all lose. I ask you to ensure that this major project complies with the NCDOT Complete Streets Guidelines, the NCDOT Healthy Transportation Policy, Buncombe County’s Greenways Master Plan, and the City of Asheville’s Bicycle Plan. The changes you make will have a lasting impact on the people who live, work, and travel through Buncombe County, and I urge you to remember travelers in all modes of transportation as you complete this project.

Thank you,
Concerned Citizen and Cyclist

For more detailed information, including links to all policies and plans mentioned, read on:

Inconsistency between I-26/NC 191 project and the NCDOT-funded City of Asheville Bicycle Plan (2008): The City’s bicycle plan was funded by a planning grant from NCDOT. Part of NCDOT’s pitch in awarding such grants is that cities will be in a position to have the recommendations of these plans incorporated into NCDOT project design.

Inconsistency between I-26/NC 191 project and NCDOT/MPO-funded Buncombe County Greenways and Trails Master Plan (2012): The plan was adopted in September 2012 showing a multi-use pathway along the east side of NC 191, following the DOT right-of-way to a culvert south of the interchange. County staff met with NCDOT Division 13 staff in summer 2012, prior to adoption of the plan and when it was known that NCDOT is looking at the I-26/NC 191 interchange.