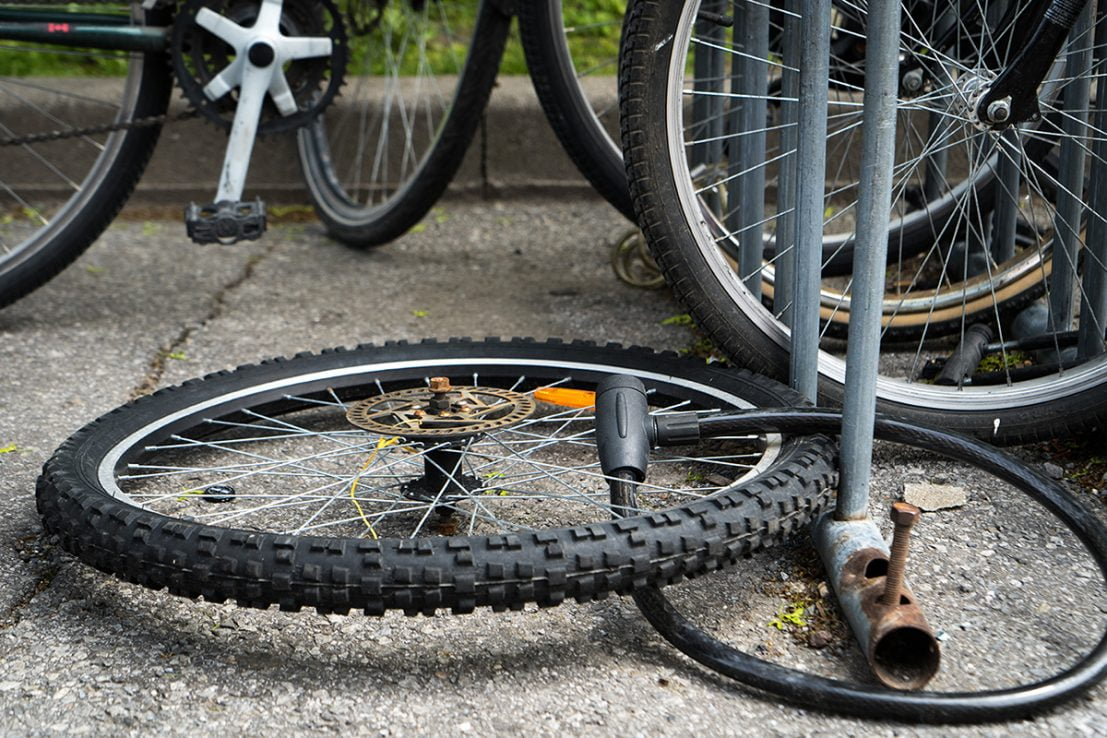 Bike theft is on the rise in Asheville, according to the Asheville Police Department. Lieutenant Jackie Stepp issued this bulletin to City of Asheville officials via email last week, and we thank Bicycle and Pedestrian Coordinator Barb Mee for sending it along to us:

“The Asheville Police Department saw a significant increase in bicycle theft during the month of July and apprehending those involved is a priority. As you know, replacing a stolen bicycle can be costly. The bikes that have been reported stolen range from average bikes to very high-end expensive bikes. These bikes are being stolen from bike racks on the sidewalk, bikes from residences (both left secured and not secured), and bike racks on the back of vehicles across the city.”

What To Do If Your Bike is Stolen

How To Avoid Having Your Bike Stolen

Here are some tips from Lt. Stepp that the APD has found to be effective in preventing bike theft (we’ve added to his list a bit, including the parts in italics). Following these tips makes it less likely that you will have a bike stolen:

We sincerely thank the Asheville Police Department for taking bicycle theft seriously and taking steps to help prevent and reduce it.